My previous post about Yangtszepoo docks attracted attention from some readers, here is some more information about the mother company of the docks, ” The new engineering & shipbuilding workd Ltd”.

The company did seem to enjoy fine ladies on its marketing material. Previous post was about an art deco painting of ladies printed on blotter, below one is the painting of a lady with as a metal frame. Definitely a promotional article for the company. Next artefact was also produced for the company, being hairpin and scissors, engraved “Ms H. E. Arnold, Opening ceremony, Yangtszepoo docks No2, February 21 1930.

As the site of the company seems to still exist partly, this will be a aim for an exploration later. 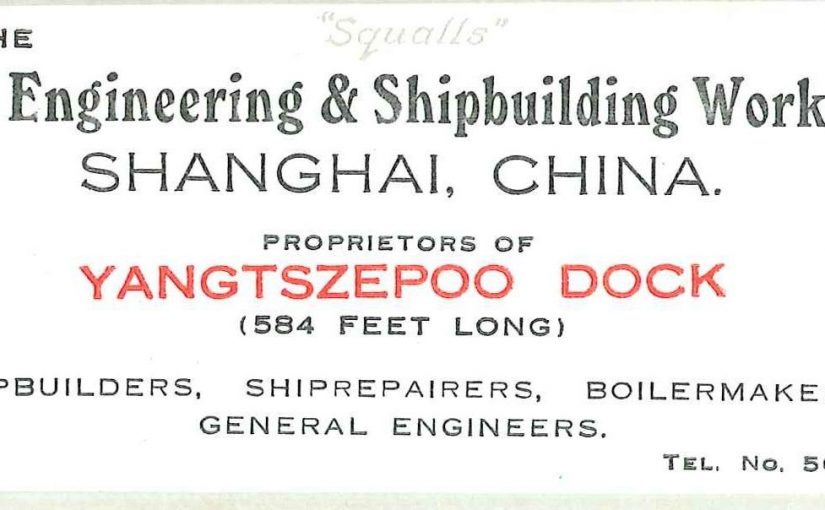