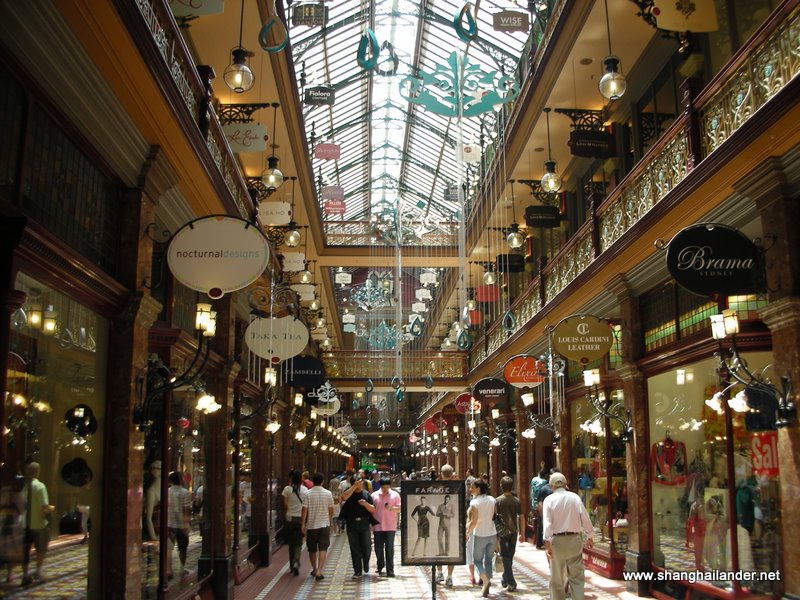 As described in a previous post, the corner or Nanjing Lu and Shi Men lu is on for a massive reconstruction. All old buildings in the area will be destroyed and surely replaced by the usual skyscraper with a mix of shopping center, office building and hotel or serviced apartments. The aim here is probably not create a nice livable environment but to make an architecture that will look great on brochures, a copy of Singapore or Hong Kong… most importantly maximizing profit from the real estate operation with little regard for urban design or preservation of historic architecture.

Coming back from a long vacation in Australia, the difference between urban development in Sydney or Shanghai is striking. The center of both cities was created in the 1910’s to 1930’s leaving a mix of various styles from the period, from sandstone beaux-arts to innovative Art Deco. Both of them had to re-deploy there city center to accommodate needs of the early 21st century into architecture from the early 20th century. Both cities are facing a very strong increase of population and demand for offices and residential buildings (though the pressure was much higher in Shanghai until recently). Despite these similarities, the difference in development is striking. Sydney’s goal seems to preserve as much as possible and to continue using old buildings that can be kept, creating a mix of old and new keeping the heritage while modernizing the city. Developments such as Queen Victoria Building, arcades on Georges Street (picture above) and the Rock’s area are probably the most well known examples.

Shanghai is still in the process of transforming the city, though after years of work we can surely have an idea about the result by now. The emphasis has been on keeping “troffee” old buildings in the middle of a concrete forest, NOT actually using and preserving heritage buildings at the same time. Although preservation seems to get more attention nowadays, we are still far from the great balance achieved by Australia’s main city into keeping the old while adapting for the new. Visiting Sydney gives a great idea of how Shanghai could have been transformed. Hopefully, it’s not too late for the remaining parts.

One thought on “Looking at Sydney”