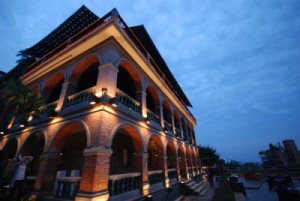 Treaty ports following the 1842 Treaty of Nanjing and 1865 Treaty of Tianjin where mostly located on China Mainland, but some also opened in Taiwan. Our recent trip to the Island was an excellent opportunity to visit them. Between the concrete buildings and the Republican style pagodas, we found a bit of colonial architecture and even some art deco pieces.

The main treaty port was Danshui near Taipei, where a British Consulate was established. It was opened on a the basis of an old Dutch fort. The architecture is very colonial victorian style (see picture). They are very similar to the early buildings on the Bund that have long gone and some few houses remaining in Shanghai. The other treaty Port in North Taiwan was Keelung. The South of the Island also had a treaty port in Anping. The main trade house was Tait & Co. There merchant house has now been turned in a museum. 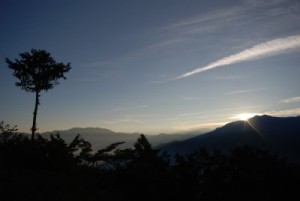 As Japan took over Taiwan after the treaty of Shimonoseki in 1895, most colonial buildings were built by the Japanese including the presidential palace and other buildings from the same period. Similar buildings were erected in Tainan including the government palace. The same treaty also permitted manufacturing in the foreign concessions in China, that was one of the creation point of foreign manufacturing in Shanghai. The Japanese authorities also built the famous Alishan mountain railways. Although only the top section is open at the moment, the key to wonderful view of the sunrise from the Mountain top (above picture). Sleeping in the old part of the Alishan House hotel, that is an old wood building from the early 1900’s is all part of the atmosphere. 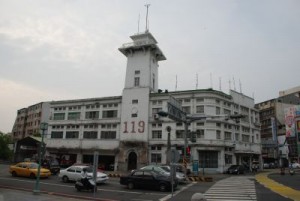 As most of the Island was rebuilt after 1949, we saw only 2 art Deco buildings both in Tainan. The main one was the Tainan Fire Station that is classical art deco round windows. It is highly recognizable with its tower, similar to some of the fire stations in Shanghai with a very different style. The other building was the Tainan police station.

The main attraction of Taipei is the orientalist style or republican style as it sometimes called… this will be the topic of a further post.