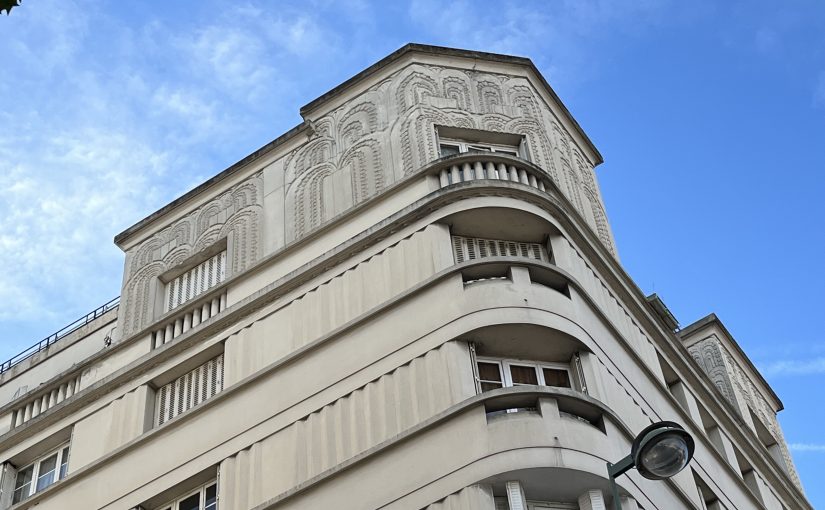 The 1920s and 30s was a period of intense building in Paris outer districts and in Paris close suburbs. Away from the grand building of Central Paris, buildings in suburbs tend to be a little smaller, with more space around. They are more similar to the ones of Shanghai former French Concession.

As a stopover before flying back to Shanghai, I spent a day in Asni`eres/Seine, a very close suburb to Paris. Asni`ere is familiar for French people, as French standup Fernand Raynaud (1926-19730) mentioned it in one of his most famous pieces, asking for phone number 22 in Asni“eres in the 1950 (see video below).

Like many cities in the Western part of Paris, it was built up before and after WWI, so Art Nouveau and Art Deco are plentiful. Another similar exemple is much more though after Boulogne-Billancourt (see post From Boulogne to Nanjing for more details). Walking around the city, I found a number of nice Art Deco examples.

With such a sunny and hot weather, it felt even more like in Shanghai, surrounded by Art Deco buildings.