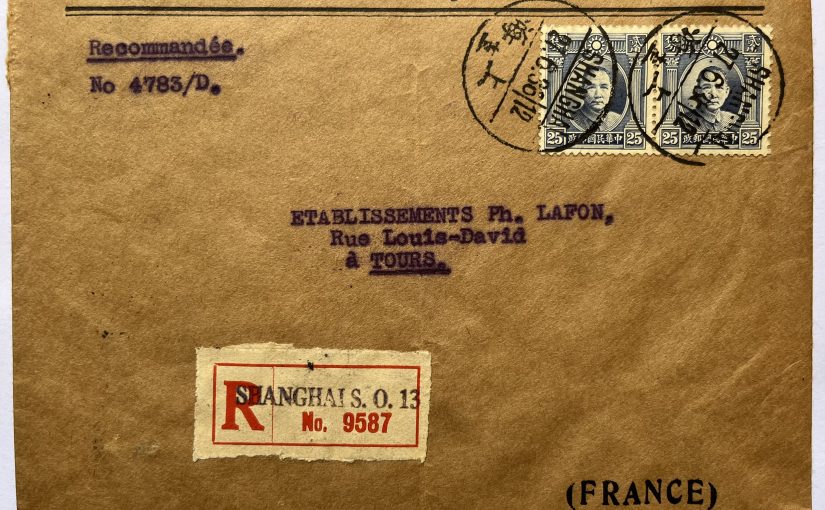 Documents from the Municipalité Française de Changhai are pretty rare, so I was very happy to get this original envelop from the Municipalité Française from 1936. It was posted on 27 June 1936 at the Shanghai Post office, probably the General Post office on Sichuan Lu, as the character Zhong (center) is used below Shanghai. It was stamped with the 12 (probably 12 o’clock) batch. As discussed in previous post “General post office“, this was carried by the Chinese post, with Chinese stamps on the letter.

This was a registered letter, “Recommandée” is written on the envelope, as French was (and still is) the language of the international postal association. This also meant that a coupon was attached on the letter that was detached when the letter was actually delivered. As no mention is about the route to France, I assume the mail went by boat.

I was curious about the destination, ” Etablissements Ph. Lafon in Tours. The company was specialized in floor mills equipment. Below is an add from 1919 but I found pictures of machines from this company from 1950s. I have not found any company importing this brand in Shanghai, but maybe the Shanghai municipality was buying or looking at buying equipment from this company.