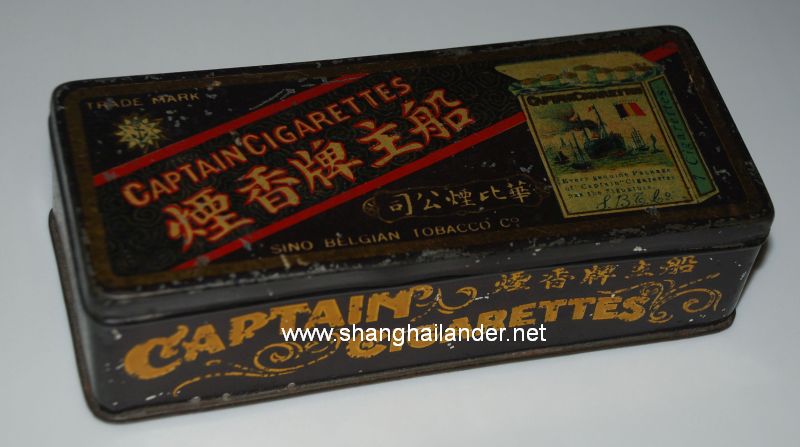 Advertising posters were the main way of promoting brands in the 1920’s and 1930’s Shanghai. The methods was brought from the USA mostly by Carl Crow, who made the largest advertising company at the time.

Although there are many fakes and reprints, real old posters are really rare to find nowadays. I happened to buy this one from an antic dealer in 2007 (I think). After years of storage, it is now properly framed and I take a good picture of it.

As common at the time, the center of the picture is a young Chinese girl, dressed with foreign clothes and in a foreign-style environment. This kind of advertisement was showing best style and modernity to be associated with the cigarette brands, so the author used the most up-to-date style. for closing and environment.From the layout as well as clothing, I would date it from the early to mid 1920’s, rather than the 1930’s seen with many of those calendars.

Just like today, advertising from that period was following the latest style. In the mid 30’s, they would show of the environment, focusing more closely on the woman. Her dress and posture would be more modern, and suggestive. Lettering would be more Art Deco inspired.

Russia-China Tobacco Company (驻奉中俄烟草公司 in Chinese) was located in Fengtian (today Shenyang) but little more is known about the company itself. It produced quite a number of advertising posters, that can be found on various auction websites. They range from mid-20’s style to early 30’s. Although some seem to be from a very similar period, I did not find pictures of this particular one.

Another post about Cigarette brand advertising in Old Shanghai is Sino-Belgian Tobacco Co.