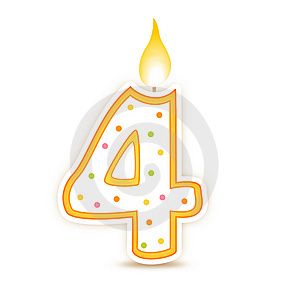 Shanghailander.net has just turned 4 years old, as the original “opening post” was posted in late July 2006. Creating the original “Shanghai Old & New” with only me as a reader and turning it to “Shanghailander.net” with about 800 subscribers has really been a work of passion. It has taken me and (hopefully) the readership in a journey through Shanghai’s past, present and sometimes future. It has been a challenging experience and a truly enjoyable one as well.

The media and blog scene focusing on Shanghai is plentiful these days. Thanks to the emergence of China economic powerhouse and of the Shanghai World Expo 2010 an important part of the world’s attention has been focused on thecity… including Shanghailander.net. This has also translated in several newspaper articles and even some TV shows (see post Shanghailander on French TV). There is even a possibility for Shanghailander to appear on Chinese TV, though the project seems to be stalled at the moment. Another spin-off is my involvement in Shanghai Sideways, designing the tours that are enjoyed by many tourists and old residents alike. The name of “Shanghai old and new” is not used for this blog anymore, but it is under discussion to be used again for a book project that I will keep you posted about.

The most important change in these 4 years is surely the way that Old Shanghai is seen by Shanghainese. When I arrived in Shanghai more than 6 years ago, nobody apart from a few crazy foreigners seemed to be interested in Shanghai’s past. Since then Xin Tian Di and Tian Zi Fang have changed the view of Shanghainese people on their old buildings and showed that old could also be cool. Vintage is coming back in force and the images of Old Shanghai have started to been used again for marketing as the whole city rediscovers its own history and former grandeur. One the clear signs is the development of “modern”and “high class” rebuilt Shi Ku Men, as well as numerous movies focused on Shanghai history. Restaurants and cafes using a touch of nostalgia have also sprung out in the meantime. As more old buildings get renovated, more history will be exposed and more people will be interested. This will surely make the few remaining ones out of most people’s financial reach (they already are), but will  contribute to make Shanghai a more international place with its own (very international) history. After this summer break, writing schedule should resume to (about) weekly as before. Enjoy reading this blog.