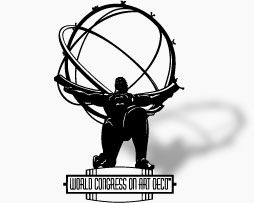 The World congress on Art Deco is the main international gathering celebrating Art Deco in all its forms. It was initiated in Miami, where the Art Deco district on Miami Beach is the largest collection of Art Deco buildings in the world. The first congress was initiatd by the Miami Design Preservation League in 1991. Each congress is organised by a local Art Deco enthusiasts association. Held every two years, the congress took place in the following cities:

The last Congress took place in Rio de Janeiro, Brazil in 2011. During this event a Shanghai delegation lead by Patrick Cranley and Tess Johnston founders of Historic Shanghai, earn the distinction or organising the 2015 World Art Deco Congress in Shanghai. After the coming Congress in Habana in 2013, the Shanghai World Congress on Art Deco will be a major event, helping preserving and valuing Shanghai historical buildings.

The organisation of the Congress will surely take a lot of time, energy and manpower. The event will require guided tours of major Art Deco buildings for large crowd of people, as well as working sessions along with speakers and venues. It will attract a large crowd of tourists in need of accommodation, help, translation and many other services. At the same time, it will put the focus on Shanghai history along with the Art Deco heritage. This is great opportunity for Old Shanghai preservation, and somehow I already know I will play a part in it.