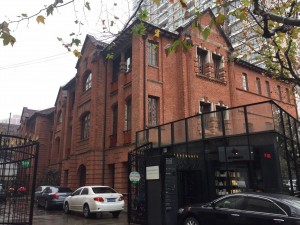 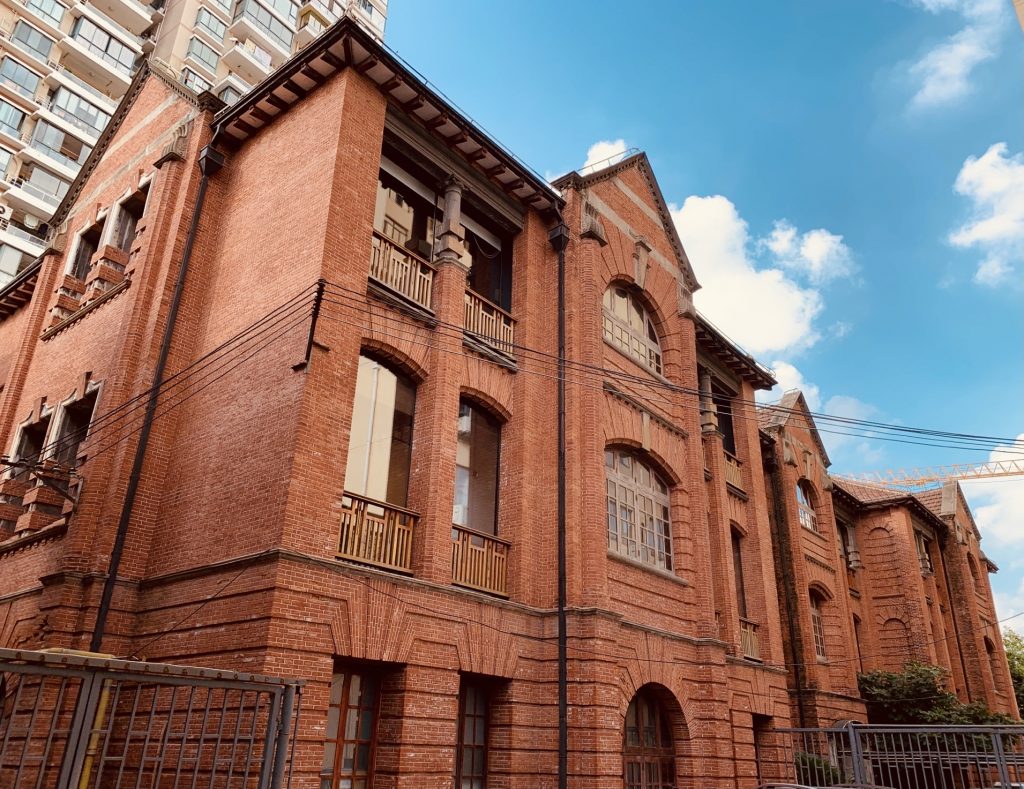 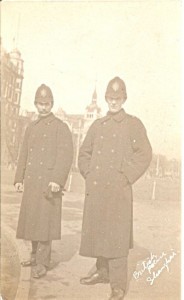 The building pictured left is one of the most viewed old building of Shanghai, though it may not be the most looked at. Located at the corner of Huai Hai Zhong lu (former avenue Joffre) and Baoqing lu (former route Pottier), its architecture really stands out but it is dominated by the opposing and much more visible art deco building. Its architectural style is quite unique in Shanghai, I once read that the architect was from Marseille and that it is clearly similar to some buildings of this city.

This corner of the former French concession was once the location of the Foch police station, one of the five police stations of the French authorities. The actual police station is long gone (a sky scraper stands in its place), but I found the below old picture on the internet. Being next to the police station, this building had a very specific function, it was designed to accommodate the police officers working at the police station. As far as I know, the building inhabitants are still police officers to this day. The building is still in a good shape, despite the usual DIY modifications, in particular the closure of some of the balconies. I have noticed this particular building since I first came to Shanghai in 1998 and I thought it was unique in Shanghai until recently. It turns out that it is not.

The main police station was the Central Police station on Jiang Guo Dong Lu (former route Stanislas Chevalier). It was the headquarters of the French police, at least until the Mallet police station was opened. The large building was also the seat of the mixed court, the special court with a French judge and a Chinese judge seating together. Although it was covered up by an ugly entrance and somehow horribly modernized a while ago, it appears that the original structure is still in place. Moreover, renovation work has started a few months ago and it seems the final result will look like the old pictures. This is where I found copies of the building on Huai Hai lu (see picture).

The Huai Hai lu version has the main decorated facade facing North and visible from the street, making it very distinctive. On the Jiang Guo Dong Lu one, the decorated facade is also facing North, but the street side is on the South side, so the facade is only visible if you get into the courtyard. There are in fact two buildings surrounding a garden.  Both buildings are identical, but they are not exactly the same as the one of Huai Hai Lu which is a little wider with a much wider roof. However colors, balconies and decoration details are extremely similar, making clear that the same architect did them all, with surely the same purpose of accommodating police officers, which I believe is still the case today.