Street names mark the lives of people and are very difficult to change in the common mind. There are numerous example of streets that reverted back to their old names after political changes, notably in Eastern Europe. As in all cities, street names in Shanghai carry the city’s history with them. 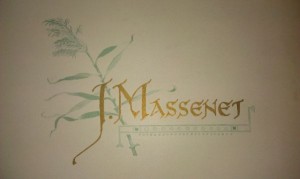 Most large streets in the old concessions were created with reference to the British and French powers of the day. Each street had a foreign name and a Chinese name that sometimes had a similar sound, sometimes not. Today’s Nanjing Xi Lu was called Bubbling Well Road, thanks to the springing fountain that was somewhere near Jing An temple. Chinese called it (very pragmatic as always) Jing An Si Lu as the road was leading to Jing An Temple.  The big change came in 1949, with the communist ideology takeover. Avenue Joffre (or Sha Fei lu in Chinese) became known as Huai Hai Lu, one of the most important communist victory of the civil war. Avenue Edouard VII / Avenue Joffre became known as Yanan Lu, the refuge of Mao Ze Dong during the 1930’s. Route des soeurs became Rui Jin Lu, the location of the first communist republic in China in the 1920’s.

It took me a while to spot the ones that did not change… and there are surely some that I am missing. The first one that I found was Route Cohen in the former French Concession. Cohen being obviously a Jewish name, the street was surely named after an important French Jewish citizen of Changhai, but until now I did not find who he was. Some suggested that it could be Morris Abraham “Two-gun” Cohen who was a famous aide-de-camp to Sun Yat Sen, but I find it very unlikely. The translation of Cohen in Chinese is GaoLan… just like Gao Lan Lu today which is the former route Cohen. Interestingly enough, Route Cohen kept its name, the Chinese name continues to be used today.

The most interesting so far is the story of Rue Massenet. While Route Cohen is a 1930’s street in the back of the French Concession, Sinan lu is an early street probably built around 1912. It is contemporary of the crossing Rue Vallon (today Nanchang Lu), named after the first person to fly an airplane over Shanghai sky and died in a plane crash in 1911. Vallon’s name did not survive, but Massenet’s did. Sinan in Shanghainese is pronounced “seney”, sounding very similar to (Mas)senet in French, so the Rue Massenet / Seney lu became Sinan lu in today’s Shanghai. Through the ages and name changes, Rue Massenet’s Chinese name survived and is still used today. The Massenet name has resurfaced recently, being used for the fancy “Hotel Massenet” part of renovation project “Sinan Mansions”. The survival of Massenet’s name is probably due to the personality of Jules Massenet, a very famous French music composer in late XIX and early XXth century. He reached world fame thanks to his opera, in particular Manon and Werther and died in 1912 around the time Sinan Lu was built. There are Rue Massenet in Paris and other French cities as well. His style went out of fashion soon after his death with all the changes in life and fashion that followed WWI. His name is only known today by music specialist and although his work is still played abroad, he is virtually unkown in today’s France… but his name has survived in Shanghai. Another reason for the street name never to be changed is probably that both Sun Yat Sen and Zhu En Lai lived on the street at the time of the street name change. Sometimes the wave of change just stops right before the rulers doorsteps.