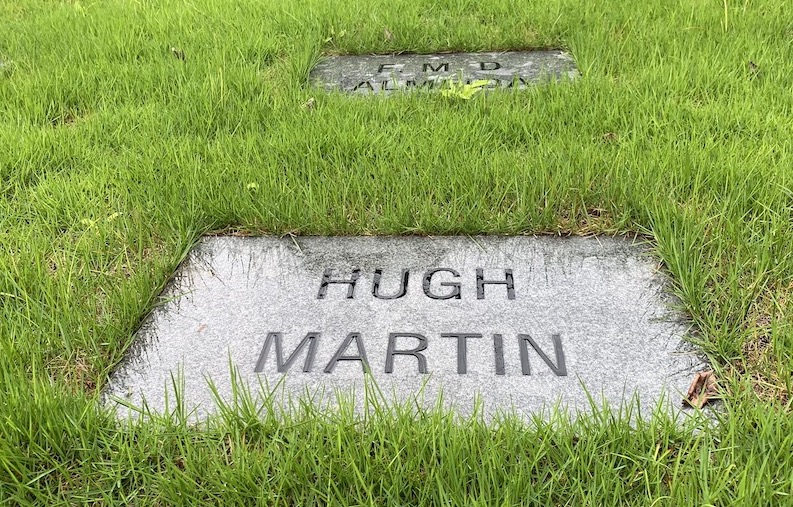 Last weekend, I found the remains of my previous life in Old Shanghai. Here is where and how.

Song Qin Ling memorial on Hong Qiao Road is an important remembrance site in Shanghai today, built on the location of the International Cemetery. This spot was by far not the only cemetery in Old Shanghai, but all the others have disappeared or being transformed into parks. Cemeteries in Old Shanghai included today’s Jing An park near Jing An Temple in the former international settlement, today’s Huai Hai Park on Huai Hai lu in the former French Concession, and the former jewish Cemetery now replaced by Ming Tian Guang Chang, the Marriott Hotel on people Square.

The former international cemetery is now part of the memorial. As explained on signs in the park, the cemetery was severely damaged in during the cultural revolution. So an effort was made to recreate a foreign cemetery at this place. The approximately 600 graves are not the original onces, nor are they in their original location. It is a nice effort to remember life and death of foreigners in Old Shanghai. Names on the grave seems to come from farious nationalities, including British, Russians, Germans, Japanese, Portuguese and English (or American) among others. One of the famous people I noticed was Henry Morris, who owned the North China Daily News and build the Morris Mansion (today part of the Intercontinental Ruijin Hotel).

The most surprising part was to find a tomb with my name on it… nearly. Although my French name is Hugues Martin, most English speakers call me “Hugh Martin”, so I was really stunned and thrilled to discover a tomb with “Hugh Martin” written on it. The discovery was an opportunity to search into the life of Mr Hugh Martin in Old Shanghai.

Hugh Martin spent his entire career with firm Noel, Murray and Co Ltd (瑞和洋行 in Chinese) “Auctioneers, Piece Goods and General Brokers and Commission Agents”. The first trace I found of the company is directory of Asian trading firm from 1904, but it was formed earlier by Mr GW Noel and Mr WC Murray. They seemed to have been former employees of Jardine Matheson but I could not confirm it. Hugh Martin was certainly British like his employer. He is mentioned in the directories from 1925, as a director with EW Noel being managing director. At that time the company was located at 10/16 Ezra Road (a small street behind the Bund), having moved from 78 and 79 Szechuen lu a few years before. Hugh Martin was living at 89 Peking Road, a few blocks away. Although he was mentioned in the Hong List, the Shanghai directories, he was not included in the VIP section, the Shanghai Who’s Who.

From 1927, his name is part of the Shanghai Who’s Who, meaning that he really has a place in Shanghai foreign society. His big promotion probably came with the departure of EW Noel, as from 1928 he is listed as the director of the firm, located at 11 Hankow Road (today Hankou Lu, right behind the Bund). 1931, he is a tenant in the brand new and highly fashionable Cathay Mansion. “An apartment with a bedroom, sitting room and a bathroom could be rented for $400 (Shanghai Dollars) a month. Servants were provided and by ringing a bell, a “boy” would come and take orders for meals.” Salary for Europeans where about $300 dollars at the time, thus he must have been really well off by then. He was surely a member of “The Club”, meaning the Shanghai Club on the Bund (Today Waldorf Astoria Hotel). Living across the Cercle Sportif Français, he was probably also going there for evening cocktails as the French Club (as it was also named) was one of the liveliest venue in the city at that time.

Hugh Martin was still listed as a director in 1941, but does not appear on the lists in 1947. I can only assume that he died in Shanghai during WW2. With his grave included in today’s International Cemetery, he will be in Shanghai forever.

More was found later about Hugh Martin. Please see post “Hugh Martin, back from the dead“