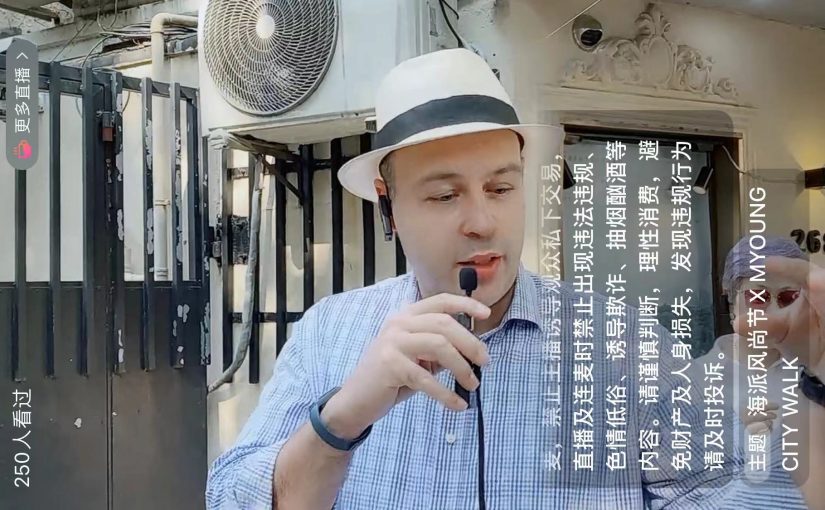 The last weeks have been very active, with me taking part of the Shanghai Style and fashion festival organized in the city. This was the second edition, I attended the first one last year (see post “Night out at the French Club” for more details). Only this time, I got really involved in it.

I was invited to give a short speech about Old Shanghai, and Art Deco at the opening ceremony. It was rather short but intense, I had to speak in Chinese. My speech was mentioned in daily Shanghai morning post.

The next step was really new to me, as I was part of a tour on Hunan lu that was broadcasted in an internet livestream. Once again, I was only a sidekick with a short speech but it was definitely a first for me, media appearance in Chinese.

3 thoughts on “Media appearance in Chinese”