Shanghai 2015 World Congress on Art Deco was a major event for the Old Shanghai lover community. Bringing dozens of delegates US, the Americas, Europe and Asia, it focused the Art Deco World’s attention to Shanghai heritage, thanks to organizer Historic Shanghai. It was also a great meeting place for Art Deco people and an introduction to the very few Art Deco societies in France and other European countries to ICADS (now Art Deco International). As explained to post “Art Deco in France” from 2014, Art Deco was not really well recognized in Europe then, particularly in France.

French speakers taking part to the Shanghai 2015 World Art Deco congress gathered for an informal meeting after one of the Congress diners at the former Cercle Sportif Français (today the Okura Garden Hotel). The conversation moved to the plan of having the World Congress on Art Deco in Paris in 2025, that seemed like a distant dream.

Now in 2021, Art Deco in France has gained a lot of exposure in the last years following the first Art Deco exhibition in Paris in 2015, “1925, when Art Deco dazzled the World“. This was followed by a massive Bauhaus exhibition in 2017 “L’esprit du Bauhaus“.

Another major event was creation of Paris Art Deco society, with a Facebook group with 6000 members. A new Art Deco society has opened in Vichy and the media exposure around the re-opening of the renovated Villa Cavrois in Lille area in 2015 shows that Art Deco is now getting a lot of attention in France.

The best part is that the 2025 World Art Deco Congress in Paris has been confirmed, starting on 28th April 2025. An early version of the project has already been presented. This event will mark the 100th anniversary of the opening of the original exhibition and will be a great boost for Art Deco in France. The dream from Paris is now becoming reality. Surely a Shanghai delegation will join!

In April 2021, Art Deco International (formerly ICADS) has also introduced the first World Art Deco day, on 28th April. The date was chosen as the anniversary date of the opening of the 1925 Exposition des Arts Décoratifs in Paris. 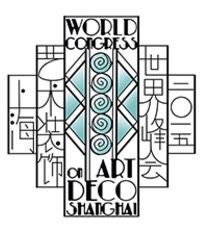 The World Congress on Art Deco is promoted by the International Coalition of Art Deco Societies. Started in Miami in 1991, it has grown into a worldwide organisation promoting awarness and preservation of Art Deco architecture and history. The Shanghai Congress brought together people from several cities in the USA and Australia, as well as France, Hungary, and South America. After two congresses in South America (Rio in 2011 and Havanna in 2013), the first congress in Asia really makes the organisation global. For a week, Shanghai was the center of attention for Art Deco lovers and the best place to exchange ideas about it. Although originated from France with the Exposition des Art Decoratifs of 1925, it was so far mostly celebrated in the US as well as Australia / New Zealand. After South America picking up, it is now the time of Europe as Art Deco societies are emerging in European cities, with Paris, Perpignan and Budapest being represented at the congress.
Besides the social aspect, the congress was really a place for discussion on Art Deco from various places. Conferences took place every morning with tours every afternoon, so workload was pretty tough for the ones attending every bit of it. 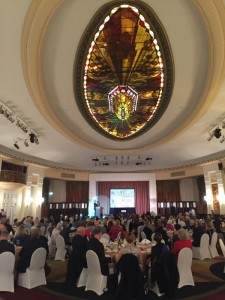 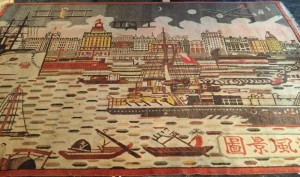 The really surprising and maybe most interesting part was to see conferences on topics related to Shanghai, but about which little is known here. They included research about Old Shanghai Department stores on Nanking Road (including Wing On), tracking and giving great details about their roots back to Australia’s department stores. Another great surprise was research about Old Shanghai Chinese architect, including Liu Jipiao, who designed the China pavillon at the Exposition des Arts Décoratifs of 1925 and organised the 1st West Lake exhibition in Hangzhou in 1929, modeled after the Paris one. It also included a presentation of Old Shanghai architect Poy Gum Lee, who was part of the team who designed the Chinese YMCA building (today Metropolo hotel on people square) and later continued his career in New York’s China town. 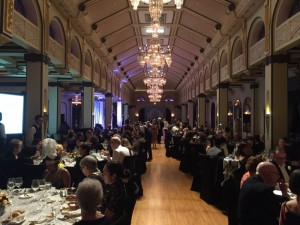