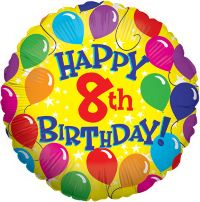 Although it is really hard to believe, Shanghailander.net has just turned 8 years. What started as way for me to keep track of my research has become a blog with thousands of readers. It is still pretty much a work of passion and even if I have less time now to spend on the topic of Old Shanghai, I still enjoy it a lot.

With 8 years of blogging, and close to 10 years in China, I have witness many changes about my favorite Old Shanghai. 10 years ago, hardly anybody out of Shanghai was ever talking about the cities past. There were a few movies (like Shanghai Triad), mostly from HongKong  and Taiwan , but no blockbuster (like Shanghai, the movie). The memory of this lost age was kept by families of the people who had left China in the late 1930’s or 1940’s. The legend of Old Shanghai was carried from one generation to another on the exile grounds in the USA and Australia but the story was little known. Few people had heard about Laszlo Hudec, Jews finding refuge in HongKou and the French and English names of the Shanghai streets. Shanghai was the door to the future, but it seems to have no past apart from the pages of Tintin’s Blue Lotus.

In Shanghai itself, only a handful of foreigners and Chinese were taking pictures, and trying to publish books to document that massive changes that was happening and the architectural beauties being destroyed. The pioneer among foreigners was surely Tess Johnston, who invented the genre of Old Shanghai books (I forgot who is the author of this sentence, but it captures the essence of it). Most Shanghainese people had not heard much about the city’s past and the little they knew was not flattering. The end of foreign exploitation of China had been over in the 50’s, and nobody regretted it. Nobody ever mentioned that those same foreigners were by far the minority, and that Shanghai was one of the most advanced Asian city in the 1930’s. 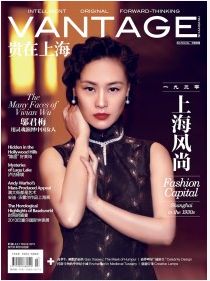 Today’s Shanghai is seen very differently from both sides. Although a large part of the former colonial architecture has been replaced by skyscrapers, the rest has become a must visit for foreign tourist. Both the Bund and the Former French Concession have been turned into hip location with bars, restaurants and nightlife difficult to imagine a decade ago. Many of the building have renovated (even poorly) and the foreign influence of Shanghai is not a taboo topic anymore. Shanghainese are proud of their city, and it’s glorious past is the background for many movies and TV dramas. I still meet people not from Shanghai who have never heard about Old Shanghai, but I can see this changing as well. Brand new buildings advertise themselves as Art Deco (!), and upmarket magazines regularly publish feature about the city’s past and the place in the international scene that it has taken back.

Old Shanghai used to be a non-existing topic, it has now become something cool. Hopefully, that will help saving from destruction the little remaining.

8 thoughts on “8th Anniversary of Shanghailander.net”