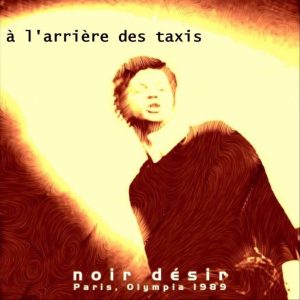 Standing in a Metro entrance, waiting for a friend who is late. I have time to look at people passing… as well as being showered by the looks of the hundreds of people passing in front of me. It’s about lunch time, and this entrance is the connection of most busy metro station of Shanghai, with one of the main brand new shopping centers. The Shanghai metro is like all metros, functional, used by thousands of people a day. The shopping center is just a different world, clean, bright with marble and bright lights of advertising flashing around.
I noticed a little girl about 5 with a women about 35 (her mother probably) and a man 60 (I would guess the grandfather). I would guess they come from one of the neighboring provinces or one of the  faraway parts of Shanghai. They are not really at ease with the whole environment, somewhat looking for their way in the labyrinth of corridor. They have just bought a Mickey Mouse puppet for the little girl. I guess, it comes from one of the street vendors and it’s probably a fake one. I also guess it’s a substantial amount of money for the family, just to please the little girl. They stop just before the entrance of the shopping center, the grandfather squatting like Chinese people do in the country side. The face of this man is marked by nature, hard work and age. He probably spent many years in the factory, the field or something even worse. They start to unpack the puppet and play with it.
It took about 1 minutes for the security guards from the shopping center to ask them to move away. They were polite but firm. The family wanted to stay but after a short discussion stood up and started to move along. What marked me was the look of total incomprehension on the face of this old man. He obeyed the big guys in white shirts, just as a routine because they represent authority and this is what he has learned all those years. Having been through years of hard work and political turmoil… he just to find himself pushed away again, because they say he does not belong here. I guess the new Shanghai is just impossible to understand for people like him. I have seen the same look from Budapest to Saigon, on the face of these people that the disappearance of the communist dream world took by surprise… it still deeply touches me.

On a small street, at the heart of the French Concession, there is this cafe that a friend mentionned over diner, Boonna Cafe. It’s not a bar, nor a French Grand Cafe type, but definitely kind of a Manhattan inspired coffee joint. About 10 meters by 5, with 9 tables and 25 seats, it’s not the biggest Cafe I know in Shanghai but it’s really friendly. Yellow and Red walls, giving light when the Shanghai suns goes away (i.e. most of the days). Lot’s of books, black and wait pictures on the wall… even a ganja leaf somewhere in a corner. Some blues notes playing in the background. This place has a slightly artistic, alternative touch. It’s not really Chinese, but these kind of places are so needed in Shanghai to make it more international. I love the atmosphere of a small place owned and run by a couple of friends. It’s just the opposite of big chains, the opposite of standardisation, though globalisation and media overexposure gives it an air of deja-vu. Starbucks has opened the way, now it’s time for more intimate places with a real atmosphere. Great place for a date, for starting a relationship, for closing one or meeting this friend perdu de vue since a few months… and last but not least, they have no smoking policy today… Definitely recommended for frequent visits. 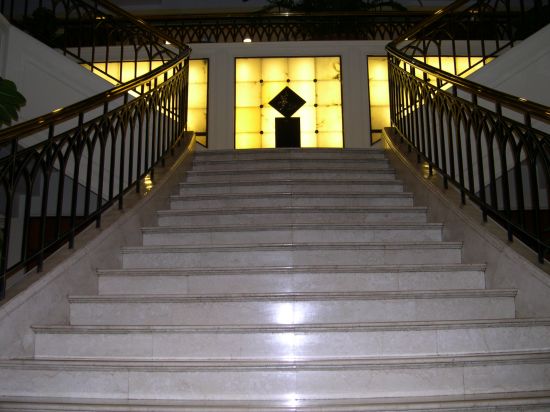 I have passed so many times in front of this landmark of Shanghai that is the Jing Jiang Hotel. Tonight, I was walking next to it on the way home and decided to visit it for a change. So I am having a Cafe Late in the upstairs Cafe. One gets through the underground entrance to the hotel, and the Cafe is on the first floor, after climbing the grand stairs. The furnishing is certainely not the original from the 1930’s and the renovation has been done without really taking care of the original decor, but this place still has an atmosphere. The current JingJiang hotel was a high class serviced appartment (Cathay Mansions) when it was built in 1928. Like in all the JingJiang hotels, the service is mediocre and the company is mostly exploiting the grandeur of the buildings taken over at liberation. 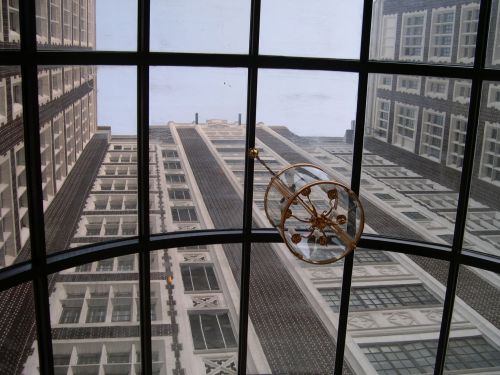 It feels like air of old times in here, looking through cafe glass roof towards the hotel walls. The music is tasteless and very few people sit in the cafe. At roughly 7:00pm, I am about the only customer. It’s easy to think about all the activity that was happening here in the 30’s, and how this point of the French concession was clearly the center of the activity. The Lyceum Theater, the Club Sportif and the Cathay Cinema are just few steps away, this place must have been the ideal place for a coffee before the entertainment. Sitting here, I cannot help thinking about the Astoria Hotel in Budapest, or another old hotel in Prague that I forgot the name of.
With all the new hotels being build in Shanghai (starting with the new JingJiang next door), it’s easy to understand why there is so little activity here, but sitting here is a time travel to old Shanghai.

It was a bright and sunny afternoon. I decided to walk a little in Pudong, after my meeting next to DongFang Lu. I walked back toward Lu Jia Zui, waiting for a friend to call back for maybe having a coffee together. As this friend never called back, I hanged around this area a little, taking pictures as the sky was blue (rare in Shanghai nowadays because of the pollution). This side of the tower was enlighten by the sun, enhancing this golden color.
It’s always funny to me, how people associate taking pictures with being a tourist. I guess that only tourist actually take pictures. The rest of us (like me most of the time), just pass in front of buildings and situation, without really seing them anymore. Blue sky days are rare in Shanghai, so I am carrying my camera with me all the time, just to be able to snap with an opportunity comes along.

It’s a warm night in Shanghai, and after discussing it many times with friends, I am starting this blog. There are already many blogs about Shanghai or about the experience of foreigners in China. I will try to add my little original touch to this electronic mess. This blog is dedicated to Shanghai both old and new.

By “Old Shanghai”, most people understand Shanghai during colonial times, i.e. from the settlement of Shanghai (1842) before the “liberation” of China by the communist party (1st October 1949).
By “New Shanghai”, I mean the change of the city from sleeping beauty until the opening fast development of the city from the early/mid nineties.

This also includes present times, as Shanghai is still a city in rapid transformation both in its appearance and socially. My fascination and love are for both periods in a different ways, this is why I have tried to share this double passion in the same blog. I hope you will enjoy reading this blog, as much I enjoy living here.